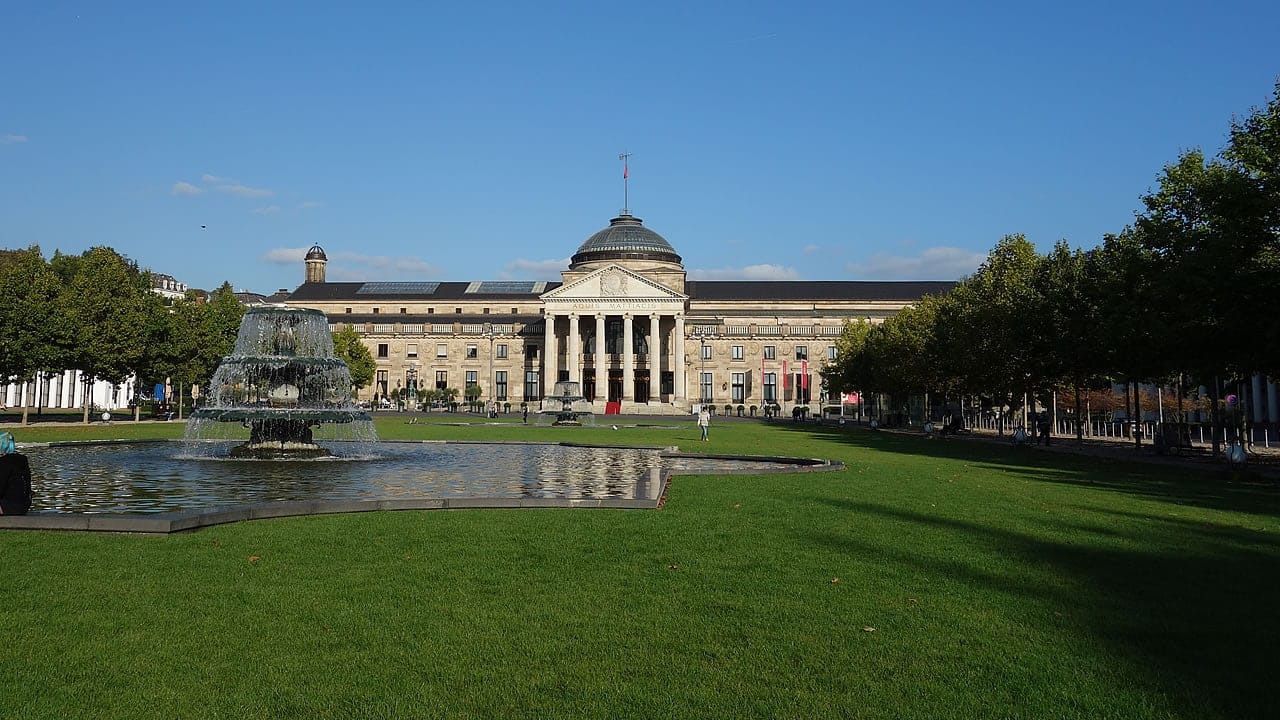 Wiesbaden is not only the capital city of the state of Hesse, but is also known as a health-living and congress city.

This city became a government place in the 18th century when the Earls of Nassau-Usingen moved their residence to the river shore in the location of Biebrich. Kaiser Wilhelm the II. called its Kurhaus (health and spa resort) the most beautiful around the world; its casino became also a meeting point for the high society. This capital city is still today a lifestyle center: casino, health and spa resort, state theater, aristocratic villas, parks, cascades, passages and colonades that preserve the splendor of the feudal period and which were not touched during the second-world war.

Wiesbaden is known as well as wine-growing community and owns a state vineyard: Neroberg. The wine-growing communities of Frauenstein, Dotzheim, Kostheim and Schierstein and its 120-hectare vineyards are also adhered to Wiesbaden. A certificate from the year 828 first mentions the city of "Wisibada", the bath on the fields, whose thermal springs apparently served Carlmagne as a cure place for his rheumatic disease.

Its splendorous time began in the 19th century when it became world famous as a health and spa area and had started with the construction of the Biebricher Castle by the Princes of Nassau around 1700.