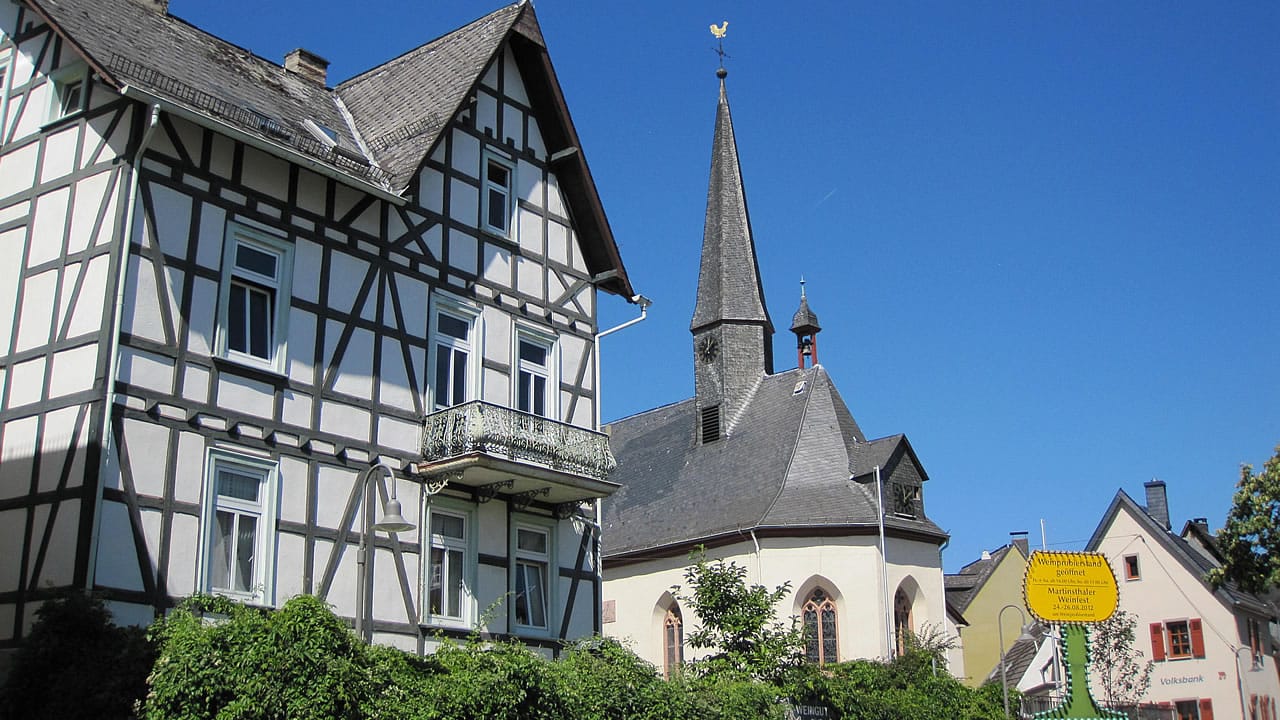 In the valley of the small Walluf stream, lays the wine-growing town of Martinsthal. It was called Neudorf until 1935. The reason for the name change goes back to the 13th century, when the Archbishop of Mainz constructed a hedgedam as protection for the Rheingau citizens. In a tempt for freedom of drudgery, tribute and serfdom people were attracted to the Rheingauer side of the dam. As a result, settlers on the other side of the protective wall were dispersed and adhered to Martinsthal. This new community became the name of Neudorf.

Two hundred years of steady development followed. But after the farmers' battles anno 1535 and the following 30-year war Neudorf was again destroyed. The Swedish took over the east side of the dam in order to take power of the Rheingau region. The black fever and other epidemies raged the small town and in 1671 there were only 59 houses and 130 souls counted. After the first world war they recalled the original name of Martinsthal, that was once given to honour the patron saint of the archbishopric of Mainz. In the framework of the region's reform in 1977, Martinsthal was incorporated to the city of Eltville together with other communities.

There are well-known wineries in Martinsthal; in the hills around the town grows an excellent wine; the best known estate is called "Martinsthaler Wildsau"; a monument has been built in its honour. Worth seeing are the two churches in town and the Hauptstrasse (main street) with its magnificient wineries, that turn yearly into a festival quarter.